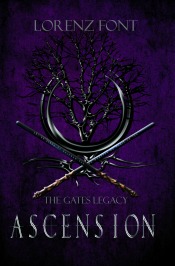 Rohnert comes from a long line of pure-blooded vampires, but he has broken away from the Vampire Council, which is being run into the ground by Goran, a former friend and ally. With the vampire race in upheaval, he allies with a group of freedom fighters. However, nothing could have prepared him for their determined human doctor.

Shelly Anderson vowed not to fall in love, but her resolve quickly changes upon meeting the enigmatic vampire. After their one night together ends in a nightmare, Rohnert’s unexpected reentry into her life derails her plans once more.

Rohnert soon realizes the lengths he is willing to go to keep Shelly and their child close and safe, even if it means violating a long-standing decree among pure-blooded vampires to keep their bloodlines alive. When harsh reality comes knocking, Rohnert must fight to save the people he loves before he loses them forever.

“This is not run of the mill vampire fiction but a well thought out ride through every emotion the human psyche is capable of and I can’t wait to find out what torments the author has in store for us next!“

“Before you even think about cracking open Ascension, you’ll want to make sure you’ve read Hunted and Tormented, the first two books in the series, so that you’ll have an idea what is going on in the world of The Gates Legacy. There is a lot happening to be sure … hidden agendas, characters coming out of the woodwork, and general mayhem and madness ensue with each installment. And, as many should have learned by this third book, Ms. Font is not afraid to deal that killing blow.”